To enter “The Horror Show!” from Somerset House, visitors must walk past the giant tines on the quayside of the Thames that lead to the basement galleries, and through a pitch-black hallway where the 1982 Bauhaus single “Bela Lugosi’s Dead” plays. But anyone expecting the ersatz Halloween phantasmagoria would be disappointed. Instead, this exhibition, curated by Claire Catterall and artists Iain Forsyth and Jane Pollard, traces and celebrates Britain’s counter-cultural reactions to the turbulent politics and anxieties of the past 40 years.

For starters, it’s refreshing to come across an exhibit that doesn’t see the 1960s as a national high point. Instead, it’s largely about what emerged from the long hangover of this decade’s failed ideals, both politically and creatively. Overlooking it all is Margaret Thatcher – literally in the first room, where his grotesque Spitting image the puppet stares at Judy Blame’s crown helmet, but also at how much of what we still live in today has been shaped by the political and social upheaval it sparked.

The three sections of the exhibition, Monster, Ghost and Witch, are loosely chronological, dealing respectively with the turmoil of the late 70s and early 80s, the upheavals of the turn of the millennium and the crash of 2008 to the present. . But this is not a didactic tour of political art. Artists appear in more than one era, the dates of their work not always being in the “right” period, giving the sense of a culture in dialogue with itself. Music, performance, fashion, clubbing, film, sound, text and cultural ephemera swirl with thrilling energy.

Thatcher is not the only specter that haunts the art of these periods. The AIDS crisis figures prominently, via Leigh Bowery’s empty suit and a club-like space echoing to the sound of Soft Cell’s “Memorabilia,” while images and images of 1980s queer nightlife and from the early 1990s are projected onto the walls. 76 minute film by Derek Jarman Bluehis last meditation on art and illness, is shown in its entirety on a loop in its own room, retaining all its visionary power and quiet anger almost 30 years after the filmmaker’s death.

A second haunting comes in the form of the very stuff our cities are made of. In the Ghost section, a wall of images of Rachel Whiteread’s 1993 sculpture Accommodation (a concrete cast of a three-story house) next to Cornelia Parker’s A meteorite lands on the Millennium Dome comments on the enormous changes to the British built environment over the past three decades, as the urban becomes increasingly identikit. I was struck watching Laura Kuenssberg’s disastrous interview of Liz Truss at the Conservative Party Conference this month by how generic the backdrop outside the studio was – glass buildings and of dreary signs, chain restaurants. It was Birmingham, but it could have been anywhere. The corporate homogeneity of contemporary cities is a physical and psychic barrier to the creativity celebrated in this exhibition – the real horror of modern Britain is often frighteningly bland.

These concerns are reflected in the new work of Laura Grace Ford An unobscured aura, a room lined with photocopied images of underground passages, abandoned edges and towers. Ford’s work comments on class and identities under threat amid rapid gentrification, and in his voiceover architecture becomes animalistic, London disappearing under a ‘swarm of towers’. She collaborated with Stephen Mallinder, who, as part of Cabaret Voltaire, captured the sounds of Sheffield’s industrial decline. Like many in this exhibition, it brings together the post-punk era and the present. 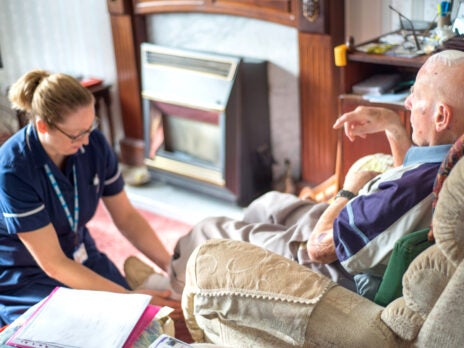 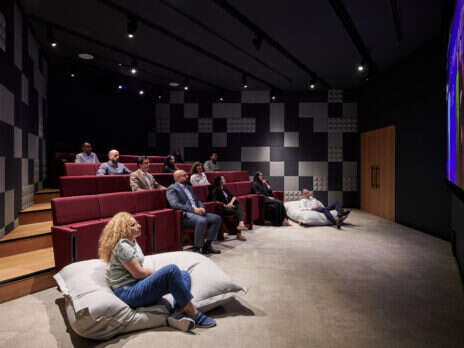 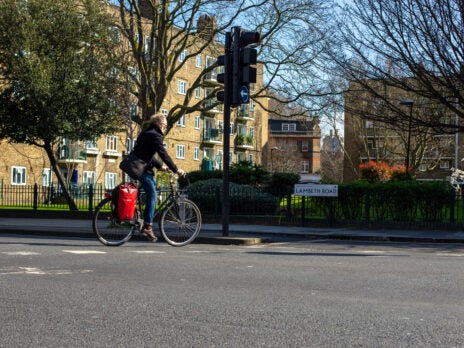 The latest Witch collection – supposedly the most contemporary and relevant to our current moment of crisis – lacks the critical bite that makes the rest of the show such a hit. There is a diaphanous artistic statement about “the new witches” “using sex, magic and technology to shape a new reality” as they “dare to dream towards an interconnected world; one who rejects the pride of rooted binaries to design a universe of multiple possibilities”. Tarot has a fashionable moment, and there are two decks on display here, but it’s a fashionable, inward-facing escape, rather than a bubbling cauldron of ideas to make a meaningful impact on the chaos that engulfs us.

Nonetheless, the work itself is visually striking, from Penny Slinger’s fusion of the erotic and the sacred, to the uncanny occultism that spans from the writings of Austin Osman Spare to the music of Coil and Cyclobe, and Serena Korda’s ceramic grotesques. Zadie Xa’s fantastic outfits for her performance Basic Instructions b4 Leaving and Col Self’s Sisterhood Rising (for Fahimeh) picking up a thread where Leigh Bowery left off in the 1980s. Descending a flight of stairs, “The Horror Show” ends with Tai Shani’s The neon hieroglyph, a giant, ghostly sculpture covered in balloons and trinkets as Gazelle Twin’s raw ambient soundtrack bleeds from speakers around the room. It is a magnificent object, both beautiful and disturbing.

A complex creative relationship with the country you come from involves both expressing your rage at its flaws and your love for it – a kind of anxious patriotism, a frustration with the way things are and the belief that they could be better. . It’s an atmosphere that runs through this exhibition, which feels of these islands, as British as The Hay Wain and Elgar – or, for that matter, well-worn countercultural iconography like the Clash or the Battle of the Beanfield. “The Horror Show” is anything but grim, nihilistic, downcast, but exudes a defiant joy, a pride in resistance, a playful celebration of what the British people are capable of when they simultaneously say “fuck you” and keep mind wide open.

“Relics in the Landscape” by Daniel Arsham ...

Tulum hosts Tomorrowland with CORE at the ...