An exhibition which opened last night at the Riverbank Arts Center in Newbridge is for digital media artist Katie Whyte something of a graduation show she didn’t have when she finished her course at the National College of Art & Design in 2020 hit by Covid, writing Brian Byrne.

The name of the exhibition at the McKenna Gallery is Detrimentum, from Latin meaning damage, loss or damage. Katie, originally from Naas, uses unusual photographic techniques to reflect on how neglected, damaged and often forgotten works of art can be ‘glitched’ back to a new dimension.

It sounds esoteric. And it’s. But a simple explanation is that a digital photograph of a sculpture, for example, can be modified by inserting additional text into the computer code that makes up the image. This “disturbs” or corrupts the photograph to produce sometimes surprising results. But instead of just adding random text into the code, Katie types in the story behind the artwork, so the edited image has kind of taken the artwork to a new level. 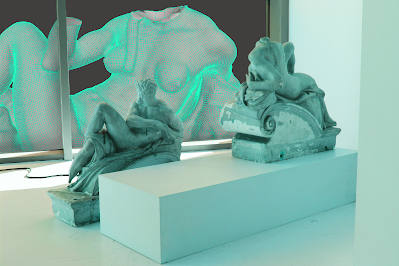 The concept behind what is now a full solo exhibition began while Katie was still at NCAD, studying fine art. She became curious and then fascinated by a number of old plaster casts of famous artworks in different parts of campus, originally used for students to draw. “Some were dusty, some were hidden in corners, some had paint on them, and I started wondering what the stories were behind them? Few people know their story and I kind of wanted to know how they met there?”

While researching these stories, she found a lot of “hidden history” around the pieces, and she decided that she wanted to represent these stories in many ways. “I kind of came across the ‘glitch’ process. Opening the image next to its code, if you edit the code in real time, you can see the effect it has on the photo. It can move the image, change parts to different colors. So I entered the “hidden story” of the room into the code, and the story corrupts the photograph of the statue itself. so as to mimic the corruption that has already occurred with the original statue.In addition to the posted photos of the results as her art, Katie also has a video in the installation showing her doing the “glitching” and viewers can see the changes actually happen.

One example of the stories she uncovered concerns a plaster cast of Michelangelo’s “Madonna of Bruges”, which was hidden under a staircase. “In 1969 there was a student protest at NCAD where two students came out to smash those plaster casts because they wanted the teaching style to be more modern – they were tired of drawing from of those casts. So that’s the story I put in the code there.”

The results of such code modification are unpredictable, which seems to be part of Katie’s appeal. “He’s doing his own thing, no matter what words you put in, you can’t predict it.” For the viewer, Katie offers an opportunity to reflect on the kind of corruption the original pieces have suffered, whether due to age or deliberate damage. She is very aware that the revised photograph might not be easy to understand on its own. But with the accompanying video, watching the artist work in real time, they are guided through the process, and the “story” of corruption can also be read in the video part.

Besides the pieces based on the NCAD plaster casts, Katie has done something similar with a number of statues around her hometown of Naas, but using a slightly different process which resulted in a “softer” result. . “In this case I took the photos using analog photography and used lesser known stories such as the inscriptions underneath to enter their code. It has a more subtle effect, based on time erosion statues and things like that.”

Katie had her primary education at Mercy Convent School, then did her secondary education at Newbridge College. Detrimentum is supported by a Fellowship for Emerging Visual Artists, a collaboration between the Arts Department of Kildare County Council and the Riverbank Arts Centre. It runs until December 22. Admission is free and the McKenna Gallery is open Monday through Friday from 9:30 a.m. to 5 p.m. and Saturday from 10 a.m. to 1 p.m. 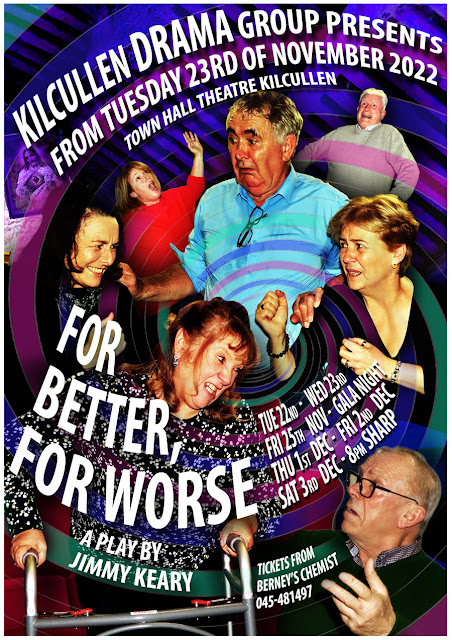