A week of events in Cambridge and Somerville, from visiting Mount Auburn to a campfire. Festival

A female Monarch stops on a flower in Somerville in September, most likely during her migration south to central Mexico. (Photo: Jeanine Farley)

Celebrating the release of the monarch butterfly from 2 p.m. to 3:30 p.m. at the water utility facilities at 250 Fresh Pond Parkway, West Cambridge at Fresh Pond. The city’s Fresh Pond Monarch Watch program breeds monarch butterflies to help stem the global decline of the species. This event wishes them luck on their migration to Mexico – first with storyteller Yumi Izuyama narrating “A Monarch Finds Home in Cambridge” in the traditional Japanese style of storytelling called kamishibai, then with a walk in Kingsley Park for the 2:45 p.m. exit. The information is here. (Jeanine Farley wrote about local monarchs on August 7.)

Donut Villa Dinner Party 2-8 p.m. at 20 Prospect St., Central Square. Tickets are $15, but admission is free before 3 p.m. The restaurant, which specializes in donuts and the dishes served there, hosts a weekly party with music from DJ Huski, Dj FranQ and guest DJs. The information is here.

Karen McManus reads “Nothing More to Tell” in conversation with Hank Phillippi Ryan at 7 p.m. at Porter Square Books, 25 White St., Porter Square. Free, with RSVP highly recommended. A young adult mystery in which a true crime show intern returns to her former private school to solve a cold case: the murder of a teacher whose body was found in the woods by three students. The book is “a page turner on the edge of your seat,” says Kirkus. You might recognize McManus’ name — his “One of Us Is Lying” was adapted for TV, and Peacock ordered a second season — and his interviewer for the night: fellow thriller writer Ryan. Masks are mandatory. The information is here.

Skip the small talk 7-9 p.m. at Lamplighter Brewing, 284 Broadway, The Port. Free; an event over 21 years. A chance to forget the silly little talk that comes from meeting new people and – thanks to the cards provided with “big talk” conversational questions – get straight to the kinds of conversations you have late at night where, for whatever reason , you feel safe about the things that really matter to you. The information is here.

Improv comedy jam 6-7 p.m. at ImprovBoston, 620 Massachusetts Ave., Central Square. Admission is a suggested donation pay what you can. The school may have abandoned its nearby theater during the pandemic, but not its mission. This weekly comedy night invites students, performers, and friends of all skill levels (including none) to take the stage (or just watch). The information is here. 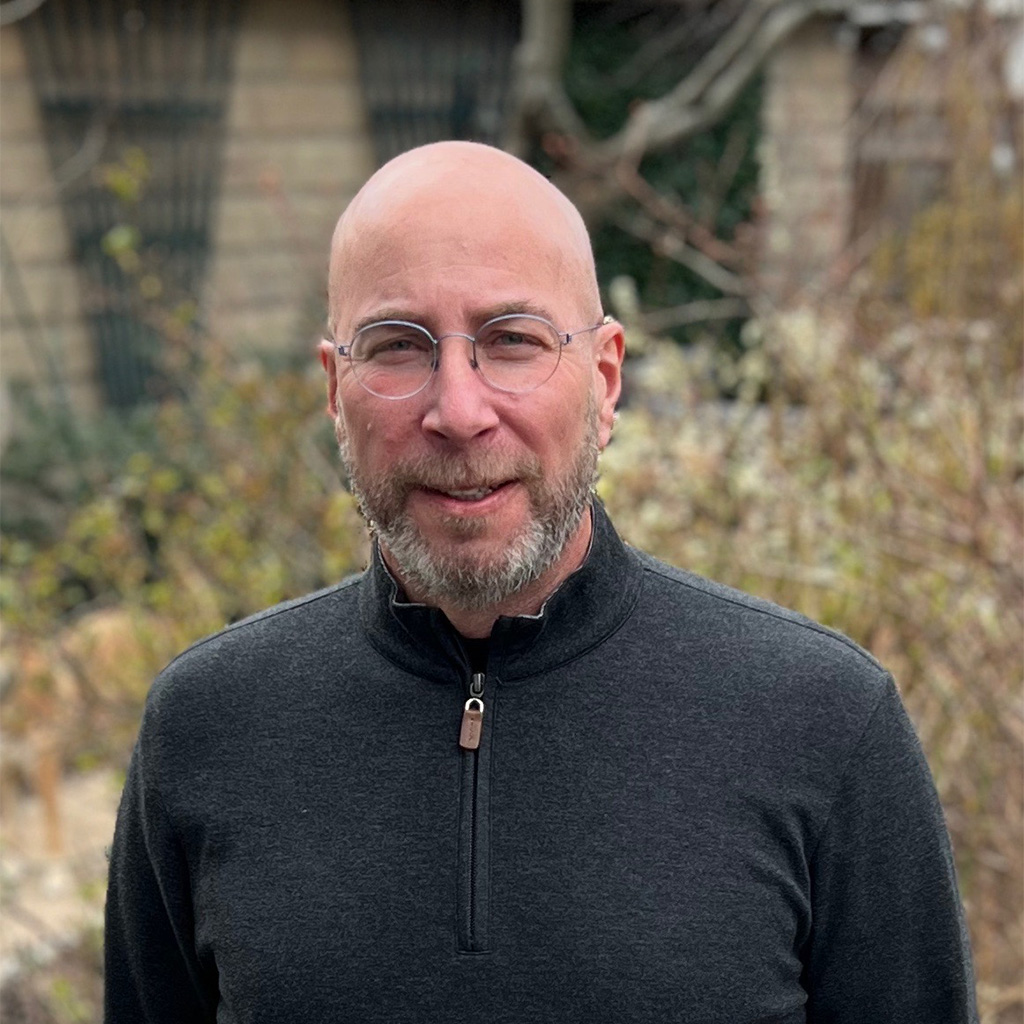 Dr. Jay Baruch reads from “Tornado of Life: A Doctor’s Tales of Constraints and Creativity in the ER” at 7 p.m. at the Harvard Book Store, 1256 Massachusetts Ave., Harvard Square. Free. Essays by a professor of emergency medicine at Brown University’s Alpert School of Medicine. The book “reveals the whirlwind of emotions blowing through emergency rooms,” said Randi Hutter Epstein, writer-in-residence at Yale School of Medicine. Properly fitting masks are required. The information is here.

Comedy “Bad Jews” 7-9 p.m. at The Rockwell, 255 Elm St., Davis Square, Somerville (and through Saturday before returning Sept. 8-10). Three cousins ​​of different levels of religious faith fight after their grandfather’s funeral in a Joshua Harmon play that premiered on Broadway in 2013. Masks are mandatory. The information is here. 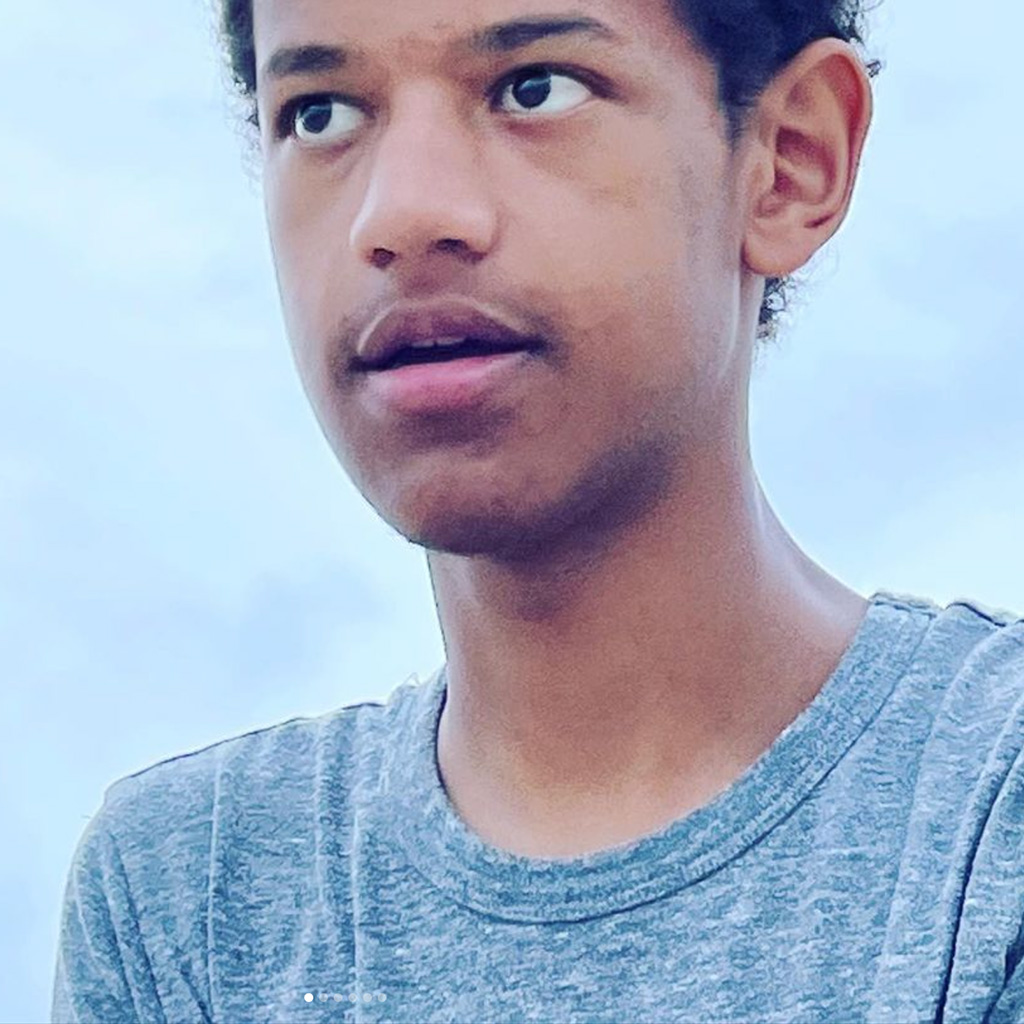 Labor Day Campfire. Festival from 6 p.m. to 10 p.m. at Club Passim, 47 Palmer St., Harvard Square (and until Monday). Day tickets are $10; a weekend pass is $25. The four-day, twice-a-year local festival of originally named Passim featuring Americana, bluegrass, blues, Celtic, country, folk and related musical styles remains hybrid in its 23rd year, with over 50 artists performing live and remotely throughout the weekend. The lineup is filled with familiar acts such as Sol y Canto and Dinty Child and rising stars such as Gabriella Simpkins. The information is here.

Amanda Foody and Christine Lynn Herman read “All of Our Demise” at 7 p.m. at Porter Square Books, 25 White St., Porter Square. Free, with RSVP highly recommended. Masks are mandatory. The conclusion to the story begun in the New York Times bestseller “All of Us Villains” (about the competitors’ secrets being revealed at a Hunger Games-style event) means that “longstanding alliances will be broken “Hearts will break. Lives will end. Because a tale as wicked as this was never meant to be happily ever after. Janella Angeles, author of “Where Dreams Descend,” and Mara Fitzgerald, author of “Beyond the Ruby Veil,” will chat with Foody and Herman. Info is here.

Comedy “Bad Jews” (continued) 7-9 p.m. at The Rockwell, 255 Elm St., Davis Square, Somerville (and through Saturday before returning Sept. 8-10). Masks are mandatory. The information is here. 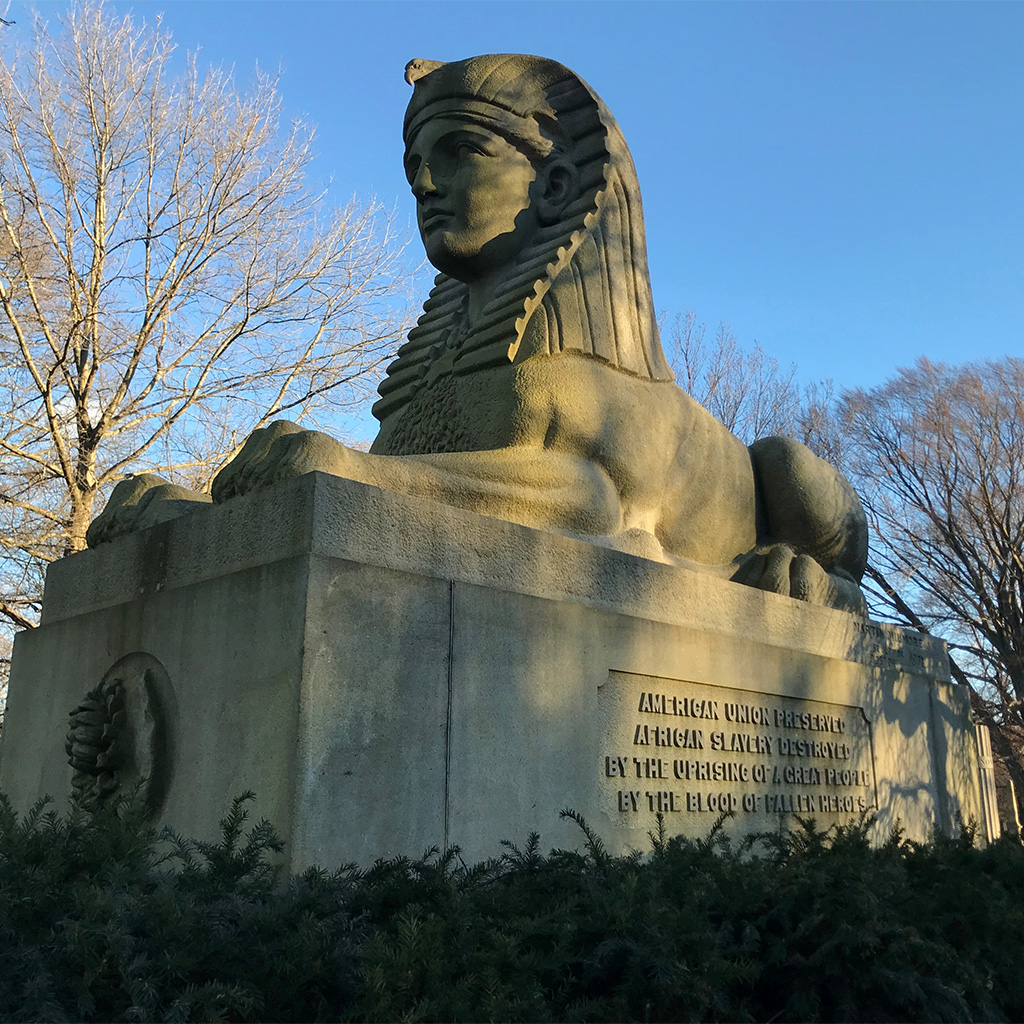 Statuary in Mount Auburn Cemetery remarks on the preservation of the union after the Civil War. (Photo: Marc Levy)

Experience Mount Auburn Walking Tour from 1 p.m. to 2:30 p.m. Saturday at Mount Auburn Cemetery, 580 Mount Auburn Street, West Cambridge. Tickets are $10. Mount Auburn is a National Historic Landmark and certainly one of the nation’s most famous cemeteries, the final resting place of nearly 100,000 people – including such famous people as poet Henry Wadsworth Longfellow, Justice of the Court supreme Felix Frankfurter and cookbook author Fannie Farmer – 700 species and varieties of trees, beautiful carvings and landscaping, and gloriously dark tombs and mausoleums. This 1.5 mile walking tour focuses on history, monuments, and the life of the buried. The information is here.

Art exhibition “Sketching as meditation” 2-4 p.m. at the Somerville Public Library Auditorium, 79 Highland Ave., in the Winter Hill neighborhood. Free. Multimedia artist Megumi presents works in the Etegami style of “painting with a message,” in this case, made using disposable wooden chopsticks and ink. “After moving from Japan to Massachusetts, there were so many feelings about me, my family and my neighborhood that I found it difficult to express in English. So I turned to the Etegami style, using ink Sumi, to draw and record what I felt and what I saw,” said Megumi Information is here.

Comedy “The Wicked Jews” (continued) 7-9 p.m. at The Rockwell, 255 Elm St., Davis Square, Somerville (and through Saturday before returning Sept. 8-10). Masks are mandatory. The information is here.

bullet comedy from 9:30 p.m. to 11 p.m. at The Rockwell, 255 Elm St., Davis Square, Somerville. Tickets are $15. A stand-up night dedicated to showcasing and elevating comedians who are usually the “first, alone or different” in the queues – often women, gay men and people of color – delivering jokes that can stand out for their originality and be provocative in exciting new ways. Masks are mandatory. The information is here.

Maybe Some Tambourine Musical Showcase 1-3 p.m. at Starlight Square, 84 Bishop Allen Drive, Central Square. Cambridge is thriving with musical talent, say the organizers of this event, and it’s a chance to see rising stars. The performers – seen in Ladylike Comedy, HBO’s Women In Comedy Festival, Best of Boston Sketch and more – will sing original fun songs, play music and compose songs based on audience suggestions. The information is here. 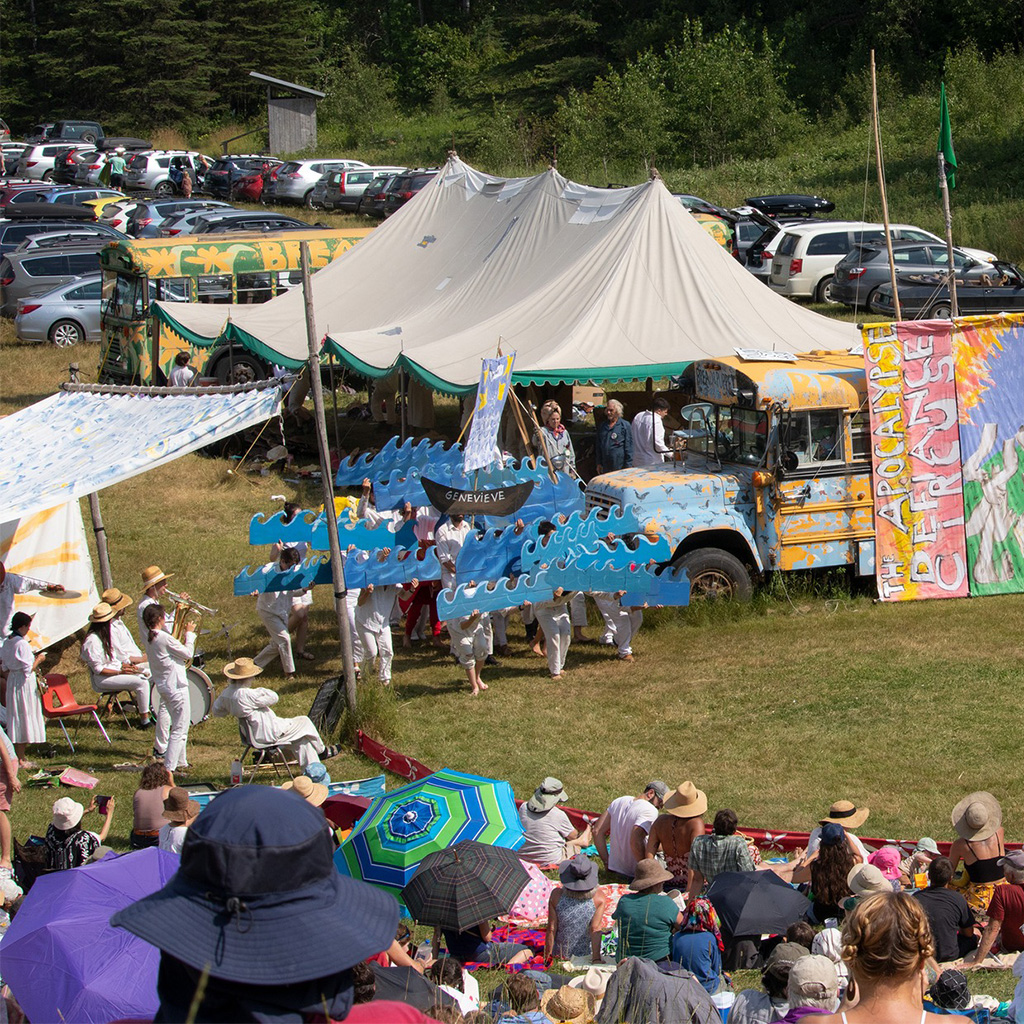 Bread & Puppet Theater’s “Our Domestic Resurrection Circus: Apocalypse Defiance” 4-5 p.m. at Cambridge Common, near Harvard Square. Free. The Vermont Unrest Troupe returns to wield cardboard and papier-mâché puppets painted in the rambunctious, sloppy expressionist style of Peter Schumann with satirical, slapstick comedy, vocals and a live band. After what is also called “The Apocalypse Defiance Circus”, comes the sharing of the famous sourdough rye bread with aioli and the sale of “Cheap Art” – books, posters, postcards, pamphlets and banners of the Bread & Puppet Press. The information is here.